To be released post-challenge. 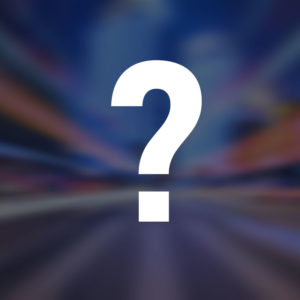 Determining optimal routing paths in near real-time is at the heart of many humanitarian, civil, military, and commercial challenges. This statement is as true today as it was two years ago when the SpaceNet Partners announced the SpaceNet Challenge 3 focused on road network detection and routing. In a disaster response scenario, for example, pre-existing foundational maps are often rendered useless due to debris, flooding, or other obstructions. Satellite or aerial imagery often provides the first large-scale data in such scenarios, rendering such imagery attractive.

The SpaceNet 5 challenge sought to build upon the advances from SpaceNet 3 and test challenge participants to automatically extract road networks and routing information from satellite imagery, along with travel time estimates along all roadways, thereby permitting true optimal routing.

The task of this challenge was to output a detailed graph structure with edges corresponding to roadways and nodes corresponding to intersections and end points, with estimates for route travel times on all detected edges. You can find a detailed description of CosmiQ Works’ algorithmic baseline on their blog at The DownLinQ.

SpaceNet open sourced new data sets for the following cities: Moscow, Russia; Mumbai, India; and San Juan, Puerto Rico. For the first time in SpaceNet history, the final submissions were tested on a mystery city dataset that was revealed and open sourced at the end of the Challenge.

The first 20 competitors to reach a score of 50 (out of a possible 100) received a credit for 10 hours on a p3.2xlarge for training and improving their models.  To further aid competitors, the SpaceNet 5 baseline is fully open source, and yields a score of 54.  If you have any questions, please reach out through the Topcoder Forum (https://www.topcoder.com/challenges/30099956).

The Data – Over 8,100km of Road Network Labels Across Four New SpaceNet AOIs

The data is hosted on AWS as a Public Dataset. It is free to download, but an AWS account is required.
aws s3 ls s3://spacenet-dataset/spacenet/SN5_roads/
In building off of the results from SpaceNet 3, this challenge will use a modified version of the Average Path Length Similarity (APLS) metric that is tuned to optimize travel times between nodes of interest. CosmiQ Works’ blog, The DownLinQ, provides additional information including an APLS metric overview and detailed description of SpaceNet 5 motivation and structure.

To download processed ~400mx400m tiles of AOI 7 with associated road network labels for training do the following:

To download processed ~400mx400m tiles of AOI 9 for public testing do the following:

To download processed ~400mx400m tiles of AOI 8 with associated road network labels for training do the following:

To be released after the conclusion of the challenge.

In the SpaceNet Roads Challenge, the metric for ranking entries is the APLS metric. This metric is based on graph theory and emphasizes the creation of a valid road network. The current version of the metric is open sourced on Github: Average Path Length Similarity (APLS) metric For more information read the SpaceNet Road Detection and Routing Challenge Series, Part 1, and Part 2, written by Adam Van Etten at The DownlinQ.

In the SpaceNet Roads Challenge, the metric for ranking entries is the APLS metric. This metric is based on graph theory and empahsizes the creation of a valid road network.

The SpaceNet Dataset by SpaceNet Partners is licensed under a Creative Commons Attribution-ShareAlike 4.0 International License.

To view the contents of the dataset 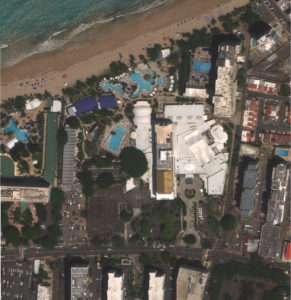 The path to the processed ~400mx400m tiles of AOI 9 with associated road network labels for training is: